Class II malocclusion presents a major and common challenge to orthodontists. Among the numerous treatment modalities available for Class II malocclusion due to mandibular retrusion in growing patients, Forsus Fatigue Resistant Device (FRD) (3M Unitek Corp, Monrovia, Calif) has recently gained immense popularity due to its non-compliant design and good treatment results. The Forsus FRD which was introduced by William Vogt is a hybrid fixed functional appliance with a telescopic system incorporating a superelastic nickel-titanium coil spring that can be assembled chair-side in a relatively short duration of time.1

Some class II malocclusion may require extractions in addition to the fixed functional appliances. Extractions in such cases are usually required for relief of crowding or for correction of proclination of teeth. The first premolars are usually indicated for extraction due to its position in the dental arch that provides space for alignment and retraction of anterior segment as well as for relief of buccal segment crowding.2 The following case report describes the successful treatment of a class II malocclusion using a combination of fixed functional appliance with extraction therapy.

A 13-year-old adolescent female patient reported to the department of Orthodontics and Dentofacial Orthopaedics with a chief complaint of irregularly placed teeth. She had a history of thumb sucking habit during her childhood. On extraoral examination, it was observed that the patient had a symmetric mesoprosopic face, convex profile, potentially incompetent lips, everted lower lips and deep mentolabial sulcus. Intraoral examination revealed end-on molar relationship on the right side and class II molar relationship on the left side. Canine relation was end-on on both sides with an increased overjet of 15mm and severe crowding of the upper and lower anterior teeth. 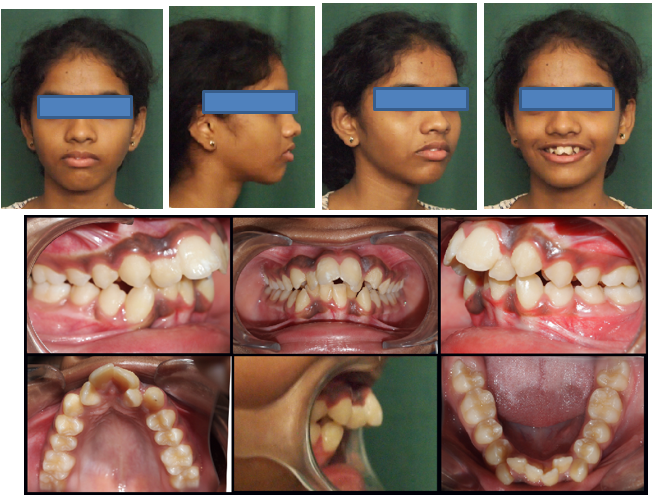 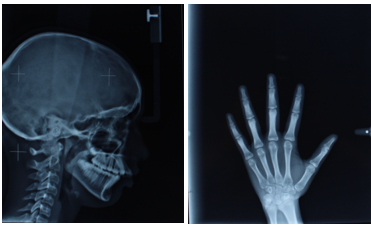 The treatment objectives were to reduce the convexity of the facial profile, resolve the crowding in both arches, achieve Class I canine and molar relation, ideal overjet & overbite and normal incisor inclination and lip competence.

The space discrepancy due to crowding and upper incisor proclination necessitated extraction whereas for treatment of mandibular retrusion functional appliance could be used. The first option was to extract all four 1st premolars for leveling and alignment followed by space closure. After which a fixed functional appliance can be placed for correction of mandibular retrusion.

The other option would have been extraction of all 1st premolars to correct crowding and other dental parameters followed by mandibular advancement surgery. But as the patient had remaining growth potential, the first treatment option was chosen.

At this stage, Forsus fatigue resistant device (3M Unitek Monrovia Calif) was placed for the correction of the class II skeletal base. Simultaneously the remaining extraction spaces were closed in the upper arch using elastomeric chains. The fixed functional appliance was used for almost 6 months. The final finishing and detailing of occlusion was then done using settling elastics on 0.016 SS wire in the upper and lower arches.

The facial profile of the patient was improved significantly with achievement of lip competency. The teeth were in good alignment with ideal overjet and overbite. A class I canine and molar relationship was also established by the end of the treatment. 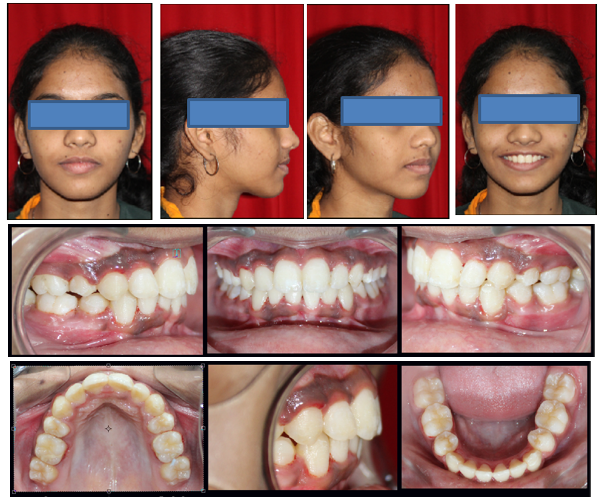 Cephalometric radiograph showed improvement in antero-posterior jaw relationship and basal dentoalveolar relationship. The cephalometric superimposition shows slight mesialization of the upper first molars that has occurred due to loss of anchorage during closure of residual extraction space after alignment of upper anterior teeth. The panoramic radiograph showed acceptable root paralleling and no signs of root resorption. 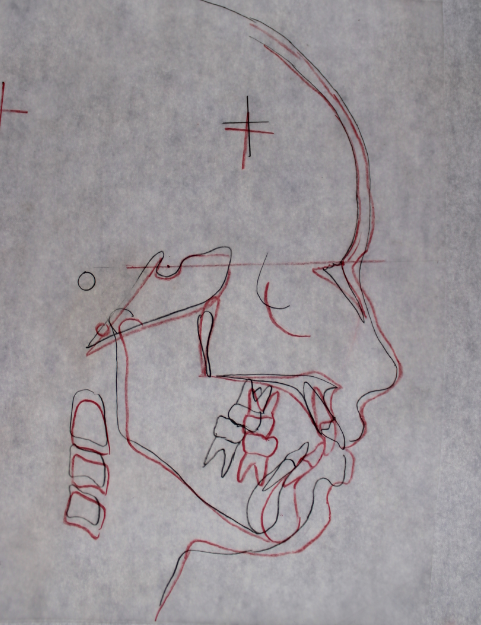 The treatment planning for Class II malocclusion requires consideration of esthetics, skeletal discrepancy, dentoalveolar protrusion, lip competency, facial convexity and stability of final occlusion. Correction of dentoalveolar protrusion or crowding requires extraction of teeth and retruded mandible requires treatment with any functional appliances in growing patients or surgical advancement in case of adults. Skeletal effects can be achieved even during deceleration phase of growth by using certain fixed functional appliances.3

In this presented case, the severe crowding in the upper and lower arches required mandatory extractions and the retruded mandible with the convex profile required functional appliance placement. The FRD is a “non-compliant” appliance that can be used in skeletal class II patients producing predominant dental changes with slightly less skeletal changes. This semi-rigid telescopic system is compatible with fully fixed orthodontic appliance. The force vector of FRD tends to push the upper molars posteriorly and lower incisors anteriorly, maintaining the vertical dimension during antero-posterior correction.4 Studies have shown that an active FRD treatment phase of 5 to 6 months is usually required for stable results. The cephalometric evaluation of this case shows a good skeletal change indicated by a decrease in ANB angle by 4°.

Extraction treatment along with the application of forsus appliance show favourable dental changes. The lower incisor inclination was almost maintained throughout the treatment even though fixed functional appliances have a tendency to procline the lower incisors. Improved incisor inclination has also allowed achieving full forward posturing with FFA which otherwise would have interfered with desired anterior movement of mandible.5

Combining the two treatment modalities resulted in very encouraging and esthetic results. Extractions prior to functional appliance decompensated dental compensations of malocclusion and provided stable dentoalveolar relationships while partially negating the dentoalveolar side effects of fixed functional appliances. Initial extractions and retraction of anterior teeth especially in the maxillary arch may further help in increasing the motivation of the patient.

Fixed functional appliance was used effectively to correct the sagittal discrepancy of the jaws utilizing the minimal growth that was left in the patient. The premolar extractions provided space for the relief of crowding of teeth. In summary, a growing patient with a skeletal Class II malocclusion due to retrognathic mandible and severely crowded dental arches was well treated using a combination of fixed functional appliance and premolar extractions.

L Alvetro From plan B to plan A: Using Forsus Class II correctors as a regular mode of TreatmentOrthod Perspect200714